Further to the other blog post about the death of Charles Armour – here is an other extract from the Argyllshire Herald (1875) about his death.

Fatal Accident – An accident occurred in the Trodigal Coal Pit on Tuesday to one of the miners named Charles Armour, which we are sorry to say, terminated fatally on the day following, although at first serious consequences were not apprehended. It appears that while at work in the pit on Tuesday forenoon a mass of coal became detached from the roof or side of the pit and fell upon Armour crushing him severely against one of the hutches. The injured man was promptly rescued and brought to the surface. He was afterwards taken home and Dr. Cunningham sent for, however, gradually sank under the injuries, which were found to be of a very serious nature, and expired on the Wednesday forenoon. He was married and leaves a wife and five of a family. 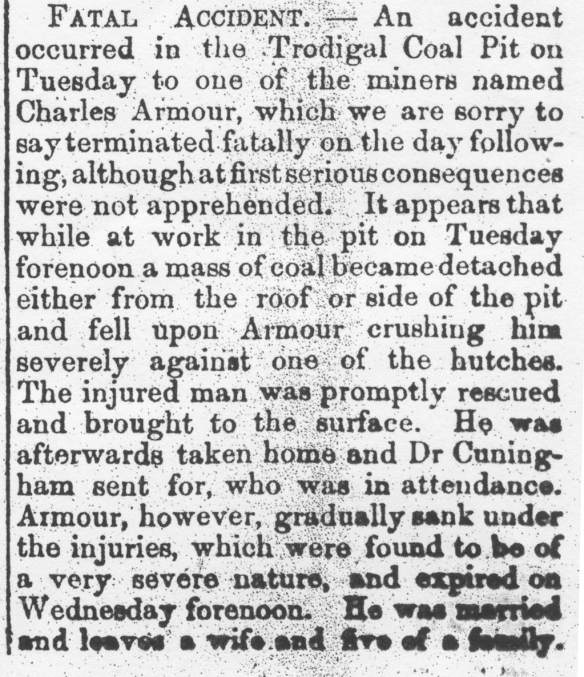 Extract from the Argyllshire Herald, 1875 on the death of Charles Armour, coal miner, Trodigal. Courtesy of Campbeltown Library and with thanks to Angus Martin.